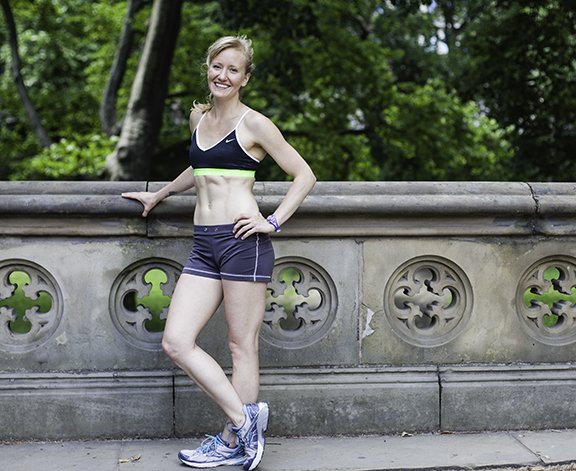 Natalie has been running since she was 13 years old, and has been a competitive athlete since the age of 3. She competed in sports ranging from horseback riding, competitive swimming, to dance. However, running was the one sport that stole her heart! She says,”Running frees my mind and soul, you can just grab your shoes and run anywhere!” Through many ups and downs in her life, running was the one place for her to let go, meditate (aka release her emotions), and grow as a person. She believes running is more than just getting fast times, it’s about connecting to something deeper in yourself;She believes that running saved her life in many ways. Through High School and College all Natalie thought about was being the best and getting fast, since then she has changed her way of thinking, and believes that you should train like you want to run until your 100. With that mindset, she has been able to run faster, be less stressed, andenjoy her runs even more now than she did before!

Natalieran competitively for both Division I and Division II colleges (Cross Country/Track). During hercollege running career she battled numerous injuries and can truly sympathize with the frustrations that go along with it. She took those frustrations and made it hergoal to understand the body and how to train and fuel more efficiently. If you’ve had injuries in the past or currently, and are trying to gain confidence & want to kick butt again, Natalie can help you!In herpost collegiate years, she hastrained herselfin mostly road racing from 5k – marathoning. She also is versed in track events ranging from the 800m – 10k. So, if you want to rip up the track and run some faster events she’s game for that too!

Life is full of pressures and running shouldnt be one of them!

Whether you are a beginner to an experienced runner, or maybe just want to lose weight you have found the right girl to help you CRUSH your goals! Its all about commitment and believing in yourself. No matter how big or small your goal is just remember this path you chose is going to help you grow more and more with each step. Natalie understands racing could be intimidating, so if you are not ready for that she believes you can always start off with a CARPE DIEM attitude and just run!
Email Natalie
Page load link
Go to Top